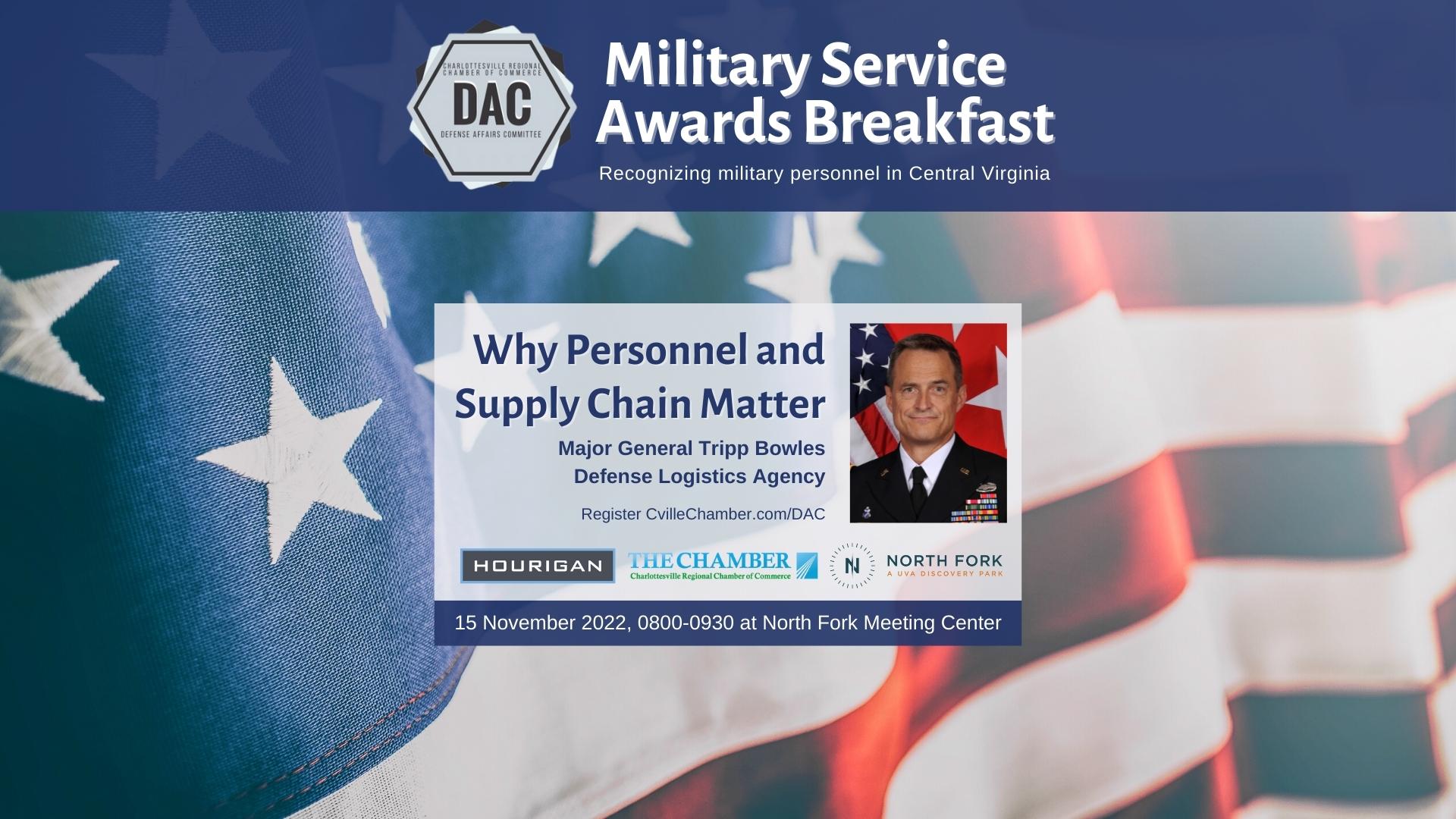 The Defense Affairs Committee (DAC) of the Charlottesville Regional Chamber of Commerce will hold its second annual Military Service Awards on November 15 to show support for local military personnel.

The committee will recognize an outstanding service member from each of the local commands, plus a notable cadet or midshipman from each of the ROTC departments at the University of Virginia.

Click here to learn more about the award recipients.

Bowles serves as the Director, Joint Reserve Force, Defense Logistics Agency at Ft. Belvoir, VA. His previous assignment was as the commanding general of the 80th Training Command (The Army School System). A native of Richmond, Virginia, Major General Bowles received his commission as an Army Infantry Officer from the Virginia Military Institute in 1987. His career has included service in Iraq, Korea, the Virginia Army National Guard, the U.S. Special Operations Command, and the Army Reserve Counter Terrorism Unit.

The Service Awards Breakfast, hosted by the University of Virginia Foundation, will take place on Tuesday, November 15, 8-9:30am at North Fork Meeting Center in Town Center Four.

Registration is required to attend the free event, which includes a continental breakfast sponsored by Hourigan.